I am going to die.

I have said it out loud a few times but, even at that, I am not sure that my soul believes me. Even as I think of it and know I should be making plans for after I am gone, my brain says ice cream sure sounds good now doesn't it?

I didn't know until after the surgery that this fix was temporary. Maybe if I had I could have processed the thought more. Would I have believed it then? I'm really not sure.

I don't know exactly when. The first doctor that was honest with me said 1 - 3 years is the average. The research I have done online has shown me 5 -7 years, but I don't know if they had both surgeries as I have had. It changes the whole equation. I have never been one to shoot for average so I hope I will have 5 - 7.. even longer would be cool.

I have tried to talk to two people about this dying thing and both pretty much shut me down real quick with oh don't think of it that way.. I am not letting you go anywhere. Which is a nice thought but not real realistic.

I really need to talk to someone who is facing this. I searched for help groups. I really am not seeing one that screams.. here.. come here. So, I plod on each day holding this in wishing, as I have my whole life, that I had that parent every person is supposed to be able to turn to. The one that lets you say it all, then just knows a way to make you feel better even if they can't fix anything, because they know you so well they just... know.

It is lonely to live your life alone. Surrounded by acquaintances. It is lonelier to die alone.

I live each day with a smile on my face for Amy. She deserves more out of this life then I can give her. During this quarantine time alone with her, I have worked very hard to fill her head and heart with stuff.. memories, stories, giggles, imagination, dreams.. I know she doesn't retain most memories for very long but I hope these go to core memories and once I am gone they continue to pop up when she needs them.

Posted by deesue at 7:10 PM No comments: 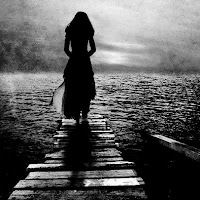 My voice
is not heard

my thoughts
a confusion of

feelings
I can not explain

the struggle
to find happiness

the search
for inner peace

The shout
is silenced

by my own
insecurities

wasted
on my journey

in a life
not meant for me

I am
an accidental being

In a world
that can not know me
Posted by deesue at 9:16 AM 1 comment: 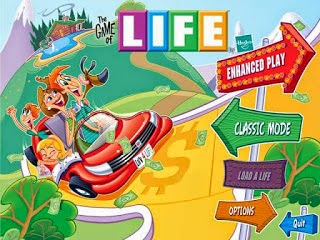 Do you ever stop to wonder..
why does one person live while another person dies?


There doesn't seem to be a logic to it... but ..
there is a pattern .. a rhyme to this universe, an ebb, a flow..
which makes me think in the bigger scheme
there IS a reason to it all.


The age old question unanswered..
Why am I here? What is my purpose?


I do know that I am thankful
to be a chosen one to participate
in this crazy game called life.
Posted by deesue at 9:14 AM No comments: 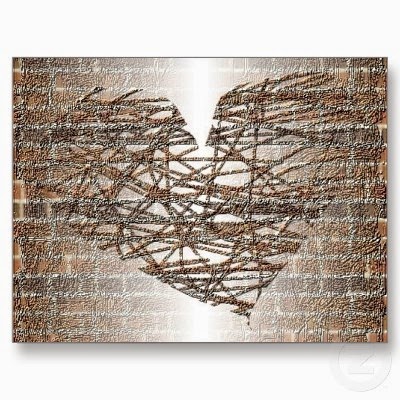 I'm keeping you at arms length
it's where you have to be
I can no longer make excuses
for just being me.


It will not ever matter
how perfect you may be
the problem lies with
the person that is me.


I can't continue hurting
the people who reach out
there is no way to fix me
on that I have no doubt.


So please except my smile
or handshake that I give
it's all I have to offer
it's how I have to live.


God made me strong
right from the start
then I built the walls
that protect my heart.
Posted by deesue at 5:54 PM No comments: 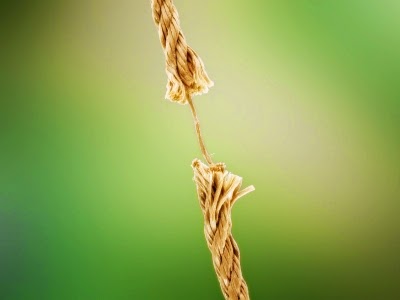 How can you expect me to keep positive when all you throw me is frayed ropes with no chance of lasting??

What have I done to cause this??

I have tried all my life ..

Why do you continue to test me??

I don't understand why you keeping raising my hopes.. then just let me fall. 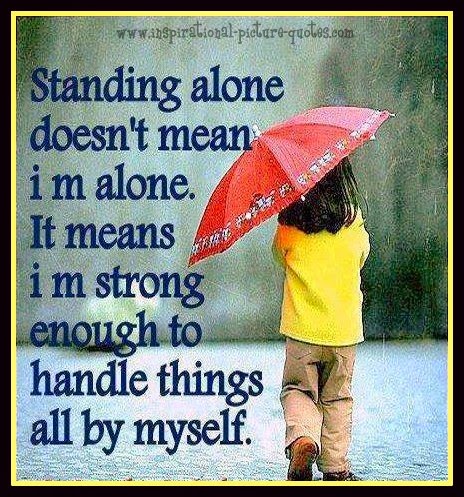 There is only one
who shouldn't let you down,
it is yourself.
You owe you
not anyone else.
I know that now
and will not rely on others
for what I have inside to give.
Posted by deesue at 7:25 PM 1 comment: 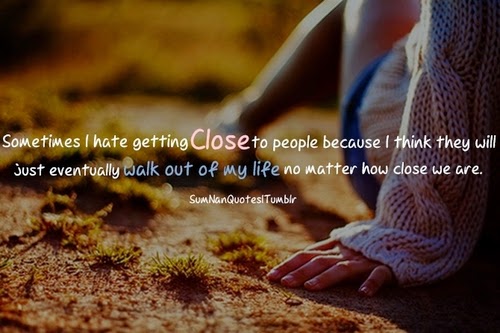 I sit in the quiet
only the sound of the ceiling fan
the breeze feels nice
it's too hot to sleep
and yet I know I should be.

I made the mistake
of looking at my sisters facebook page.
I know better.

A reminder of a life
so different from the one I live.
And so separate from mine.
.
I remember for a short time thinking
I had met my best friend
linked by blood.

How quickly things change.
How fast people appear and disappear
from our lives, from my life.

Sigh.. I have to get up in five hours.
Please let her not be in my dreams.
Family .. it means nothing but sadness.
Closes off my world again. 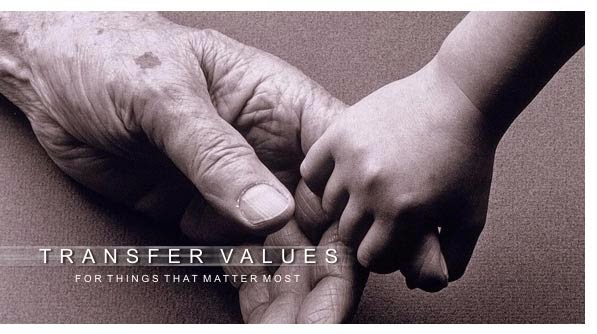 I believe in you 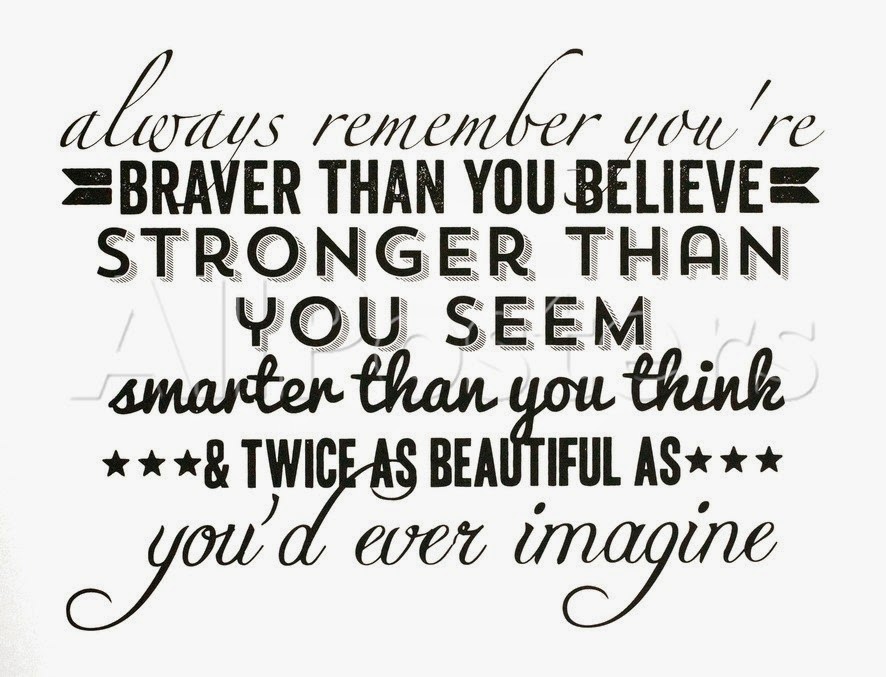 She entered my life with laughter
I recognized the ploy
of being entertaining
to cover the hurt.

In her I see so much of me.
Childhood trauma
a life of insecurity
that damn scars only you see
screaming I'm not worthy
when the world sees how truly amazing you are.

So many years later
we are still one
we are still the same
All the ribbons, kudos and degrees
can't erase the past can they?

If I could give you one thing my friend
it would be that you see you
as you see me.
We are the awesome..
we just have to believe. 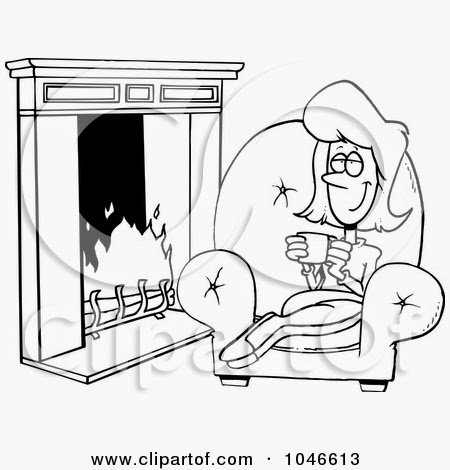 She sat in a chair
with a smile on her face.
The thought crossed her mind
to wonder why.

But she pushed it aside
and just enjoyed the moment
for what it was.

Sometimes in life
it's best not to look for details
sometimes it's just enough
to know it's there.

Whether it lasts
or is just a fleeting glimpse
of something unseen for so long.

She knew it felt good
and that was all that mattered.
She sipped from her cup
and enjoyed being herself.


Life Is Too Short,
Break The Rules,
Forgive Quickly,
Kiss Slowly,
Love Truly,
Laugh Uncontrollably,
And Never Regret Anything
That Made You Smile.
Life May Not Be The Party
We Hoped For,
But While We're Here,
We Should Dance...

Yep me.. ala natural.. not even mascara.. what was I thinking??? 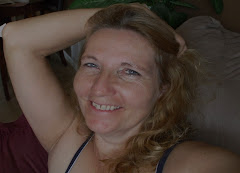 You never know how strong she will be until she gets into hot water.


My reason for life 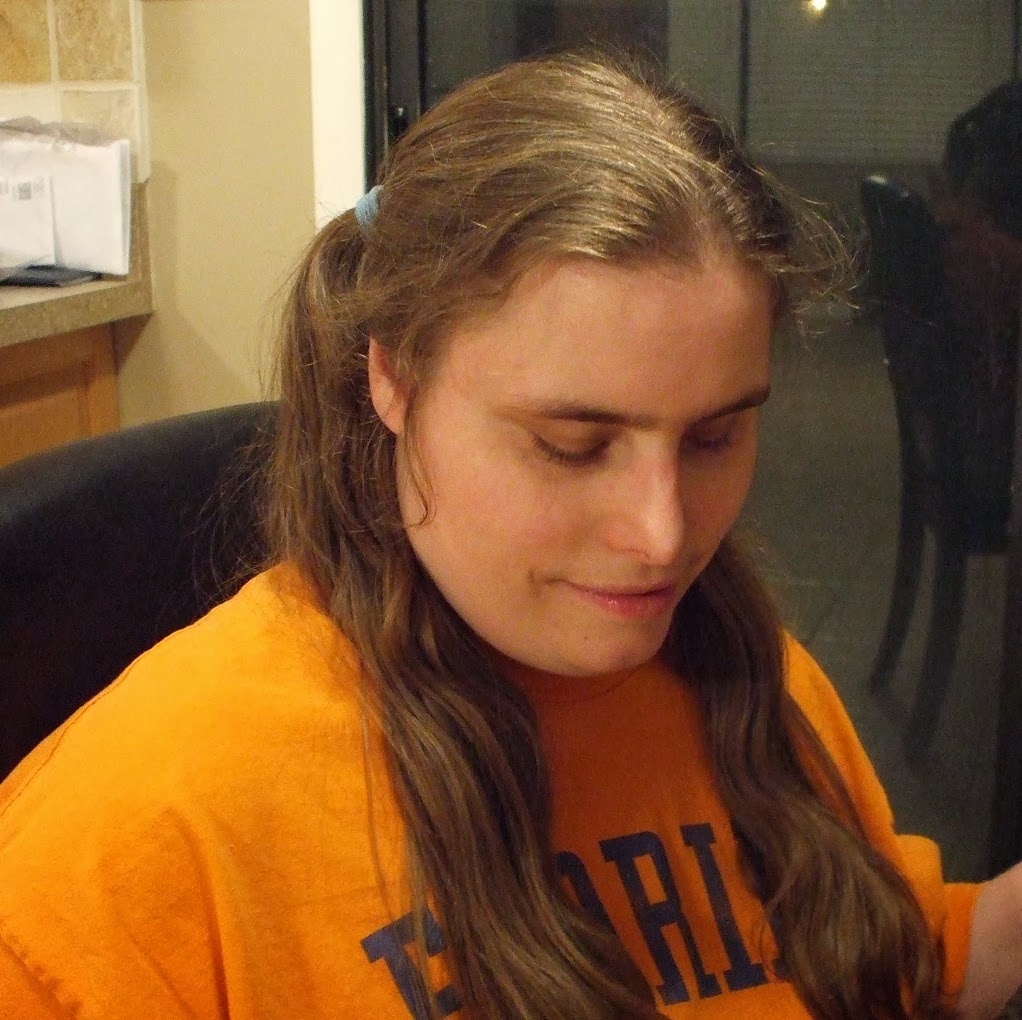